this is how it feels like to be the forgotten people,
the forbidden district,
the left behind anti-socials.
this is what it sounds like to have stories burning at the tip of your tongue with no one willing to listen.
deemed as insignificant as the wearisome promises made on political podiums.
having the state and fate of your life determined by the leftover funds shared on political podiums.
this is what it looks like to live in a never-ending cycle.
one you never asked to be a part of.
nothing more than another expendable piece of the puzzle.
a weak argument in the “broken-window theory”.
a resident of the infamous “broken glass district”.
you know misfits are characterized as such based on their character as questionable as their appearance. i should know, i’ve been one all my life.
you see, growing up behind the broken façade of an otherwise intact building, you learn to see the inside of your bubble as more of the problem.
because the core of the problem is found in the fact that the probability of getting a job sadly exponentially drops once my address is mentioned.
having to explain that where I live should not determine whether or not my qualification counts as valuable.
and making up excuses like “i don’t live in triester, just close to it or right after”,
telling an outright lie without remorse because truth be told, that’s exactly what they want to hear.
i tell you, this is how important my future is deemed with no hospitals in the area but both final bus stops end at the cemetery. at least it spares me from wondering where this journey should lead.
well let’s talk more of the kids, is this as much as our beloved city can give?
we have a wide residential complex filled with men and men and women, boys and girls, young and old, athletic and some less.
you see a bunch of low income, foreigners deported to the infamous district,
their crime – being on income support.
the system argues “my sheep know my voice and they come running at my call”, but i wonder if it had ever occurred to them that maybe, just maybe the voice isn’t loud enough to get here?
does this look like what the youth needs?
an empty field turned doubled as a dog pasture
almost 4000 youths in the district and not a labyrinth in sight
so tell me, could there be a possibility of coincidentally neglecting an entire people on purpose?
in the one corner, a prison built not only for criminals,
but for the dreams of the youth.
with walls high enough to keep all locked in who settle into this cultural cocktail and thick enough to body you onto your knees and keep you there.
empty benches on the sunniest of days.
gardens with signs forming fences of “hand- and footballs not allowed on the premises”. another lock to be picked in this glass window district.
it has been a while since love was last in the air,
now all i smell is social discrimination in all flavors of resentment.
we’d wash it off but the pool has been stolen,
our mushroom’s been replaced by a dried-up pond, stuffed up with lost summer memories
a humble abode offered to any willing to stay there and warmly welcomed by some with the warmest of hearts.
find us in the parks, find us in the yards, find us in the district center
with stories burning at the tip of our tongues, waiting for whoever is willing to listen.
liebe grüße aus der triester siedlung.

times without number i’ve heard the saying that green represents growth and progress, but standing in this field, all i see is stagnancy.
a green canvas longing for the brush strokes of an artist, the drip-drop of liquid paint escaping the bottle onto this hungry field.
over 6.000 sqm of emptiness. a disappointment of an oasis in a wilderness of youth.
children scattered about like the sand of the desert. but none here to be found.
meant to be a place of refuge amidst the concrete jungle, this park reflects nothing more than a mirage. a mere imagination of what it could be fuels the hearts of the few who here reside.
a meager metal cart placed to represent the “effort” made.
an effort better left undone than realized.
an effort as useless as subtracting a drop from the ocean and expecting the emergence of dry land as a result. like emptying out the sea one bucket at a time while taking pictures captioned well done.
we are not the ones to be fooled.
and so without surprise, match for match, the flames were ignited.
sent the train on a merry journey, never to be seen again as it choo-chooed its way into forgetfulness. leaving an empty field even emptier, in ash. hoping for a resurrection like that of a phoenix. a fruitless hope.
a garden lacking the likes of Eden, no blossoms in spring, no shade in the summer, dead brown leaves in autumn and a spark of faith in the winter sledge season.
the perfect picture to portray a broken-glass district. a lie so confident, she needs no disguise anymore.
2 football nets to hold the dreams of every unfortunate inhabitant captive. a dream catcher. only this one doesn’t filter good from bad. it leaves all stranded.
bystanders point in wonder as to why another estate has yet not been erected from this green void. a shopping mall would serve a better purpose, some argue. but the lack of a youth center doesn’t strike anyone as important, definitely not the state councils who push and bounce off responsibilities as though it were the most repellent idea ever mustered up.
a bench as uninviting as our current political situation. dumped in a lone corner, come rain some shine, the stench of ruin fills the air.
where a safe haven for the youth could be, a shelter from the dangers of corrupt and accelerated adulthood, stands… nothing.
welcome to the drive-by district.
exit on the right.
nothing here to see. just the ones left behind.
waiting to be remembered and once again brought up from the depth of political and social oblivion. the flagship example of a model student at the institution of insignificance as they would have you believe.
let me take you on a multi-dimensional journey of the desired destination of this open field. i’m sure i’m not the first and only one to wonder what it would be like to have as set of outdoor sport equipment right about this corner. emphasize on the importance of physical and mental wellbeing.
a proper sandpit on this side, the more diverse the generations are the better.
maybe a transportable outdoor paddling pool right in the middle for the hottest of days,
one that doubles as the foundation of a snow castle in the colder winter days – I might just be babbling, but these are the things that would’ve unfailingly managed to dragg younger me from in-front of her tv and onto the playground.
perhaps a wire mesh fence to indicate the start and end of an adrenalin filled football game, and concussion-friendly goalpost net to cushion a collision with an overzealous goalkeeper in a heated game.
a few benches and tables at one end for lunch gatherings and making of acquaintances and occasional healthy gossiping.
maybe a mushroom or two for old times’ sake and nostalgic passers-by.
i’m sure a few will be delighted to have a shopping mall right at their doorstep, but truth be told, to whose profit what that be in the end?
let’s bring a representative picture of the triester district out.
broken window theory on some days, most inclusive on others.
i’d like to think of this as the best-of-both-worlds theory.
until then, see you soon on the dornschneiderwiese, a dried-up oasis with the potential of an overflowing fountain. 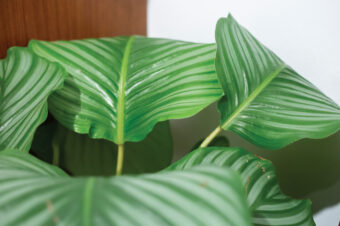 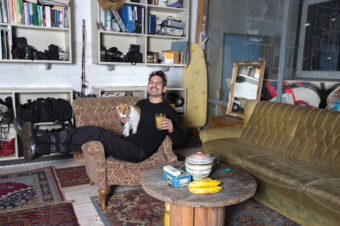 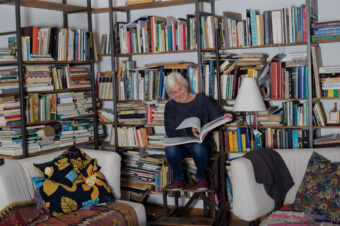 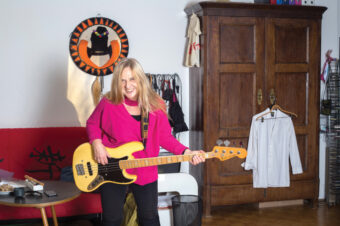 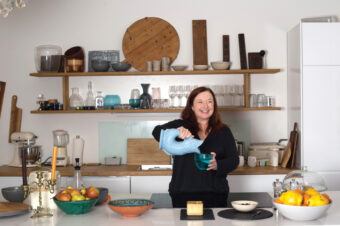